Animals You Won't Believe Are Real!

hotboy
Editor
posted on 3 years ago
5,234
views
Animals Lists
You'll have to look twice at t
Via: Likes.com 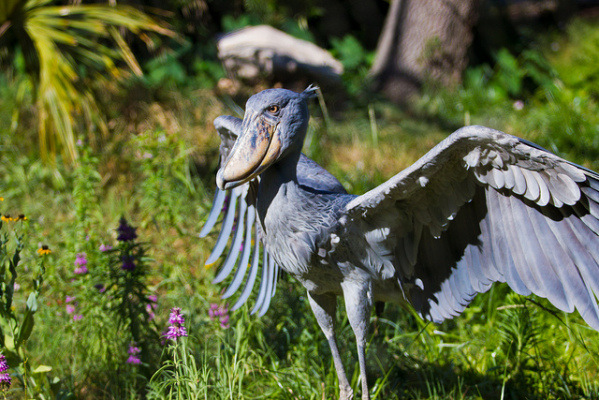 This species is also referred to using the names Whalehead or Shoe-billed Stork. The bird has a large shoe-shaped bill, hence its unusual name. The Shoebill lives in tropical east Africa in large swamps from Sudan to Zambia, and it is also known for its unique, blue feathers. These birds are quite large, and they can range in height from 110cm - 152cm. 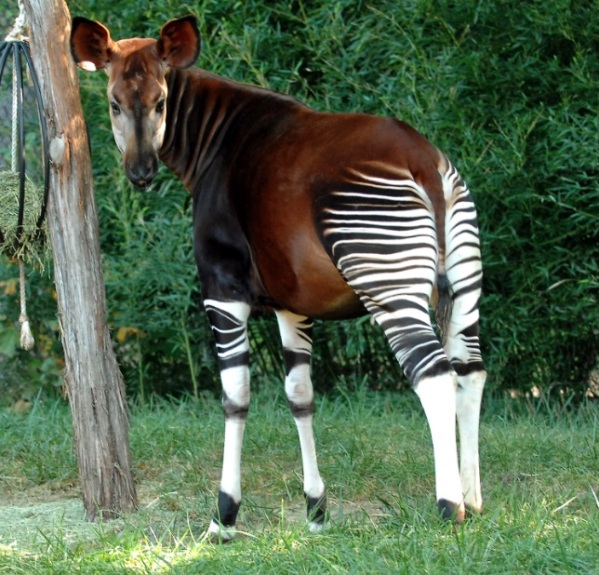 The Okapi may look like the result of a horse and a zebra mating, but in actual fact, this species is closely related to the giraffe family - not the zebra family! The Okapi is native to the Democratic Republic of the Congo in Central Africa, and we think they're actually pretty cute! 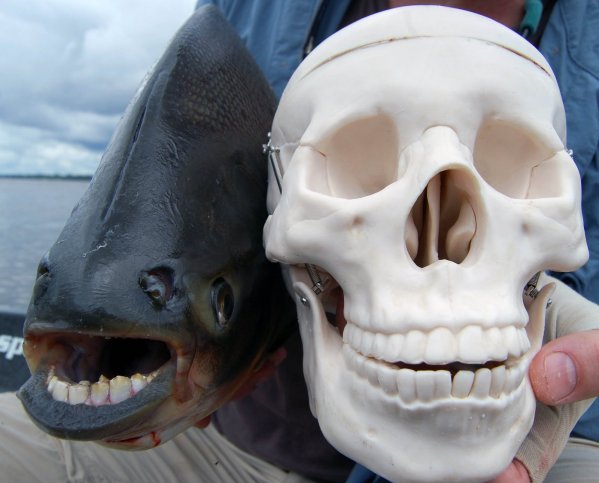 Thankfully, it's not everyday that you see a fish with human-like teeth in its mouth. So what exactly is this fish then? Called the Pacu Fish, this species is native to South America and they are closely related to the piranha - no surprises there! Nicknamed the "ball cutter" for obvious reasons, this is one fish we definitely would not want to encounter whilst having a fun day out at the beach... 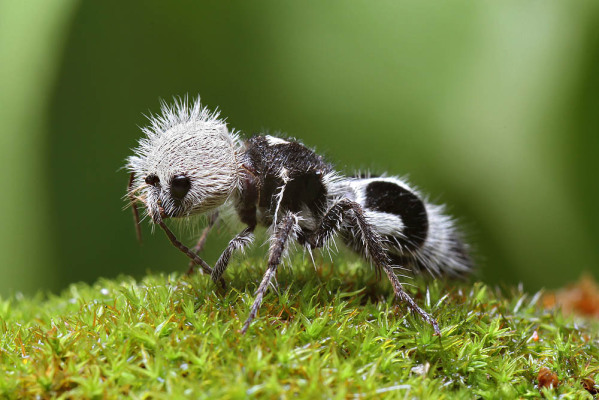 Ants can be pretty annoying, but add some fur and panda print, and you've got yourself an adorable insect! But did you know that, despite the name, this is actually a species of wasp, not ant? Crazy! Found in Chile, the wingless females resemble large, hairy ants - hence the name. These insects might look cute, but they've got one nasty sting. 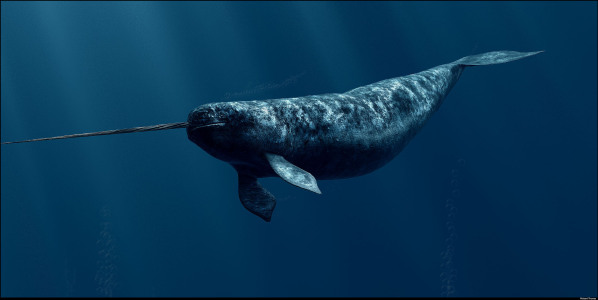 The Narwhal is a toothed whale found in the Arctic, however we think it resembles a cross species between a whale and a unicorn! Imagine spotting one of these mythical-looking creatures . . . We wouldn't want to come in contact with that extremely large horn though, so perhaps this species is best observed from afar. 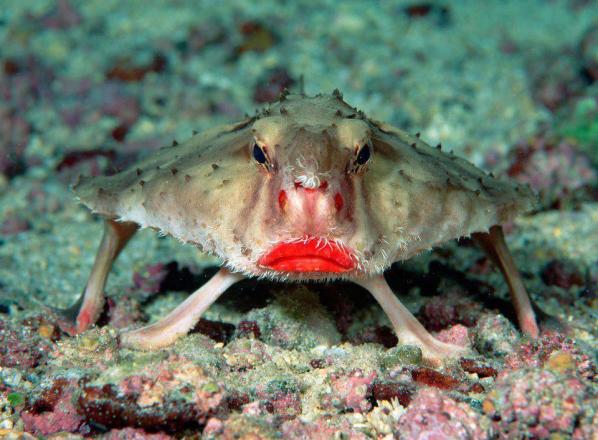 This fish looks hilarious! The Red-Lipped Batfish is found on the Galapagos Islands, however you probably won't spot it swimming by any time soon! This fish uses its pectoral fins to walk on the bottom of the ocean. Perhaps it's embarrassed by its permanent bright shade of red lipstick? 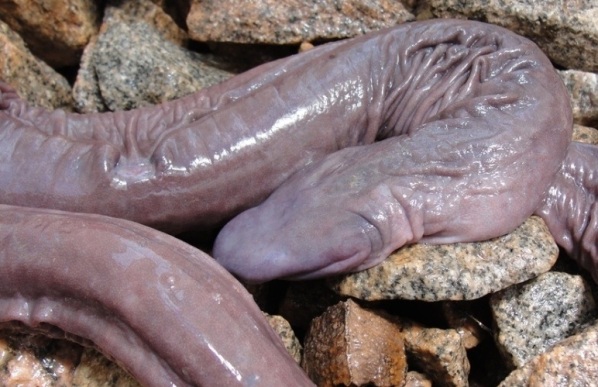 This snake has a few different names, all of which refer to it's unusual likeness to the male member. This animal has no eyes and it is actually called an Atretochoana Eiselti. It is presumed to be an aquatic, almost eel-like animal due to its fleshy dorsal fin on the body. Found in the Amazon River, this species was only rediscovered in 2011! 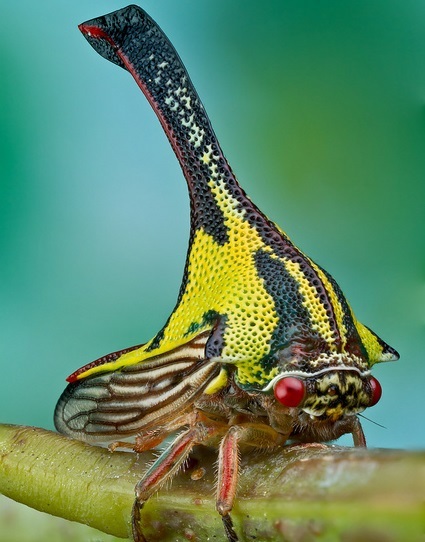 What exactly is this alienesque creature? Scientists are still quite confused about this species, although it is believed that they are related to cicadas. The Umbonia Spinosa use their beaks to pierce plant stems to feed upon their sap. We're fascinated by the creature's large and colorful body! 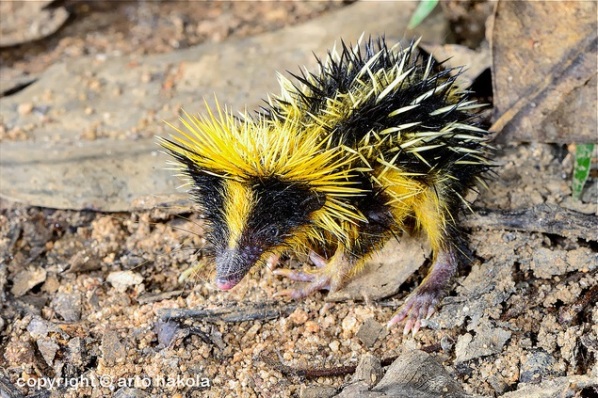 This here is a Lowland Streaked Tenrec, and although it may have a cute face, just take a look at those sharp spikes on its body! This creature is found in Madagascar, Africa, and it is reportedly the only mammal known to use stridulation for generating sound – something that’s usually associated with snakes and insects. 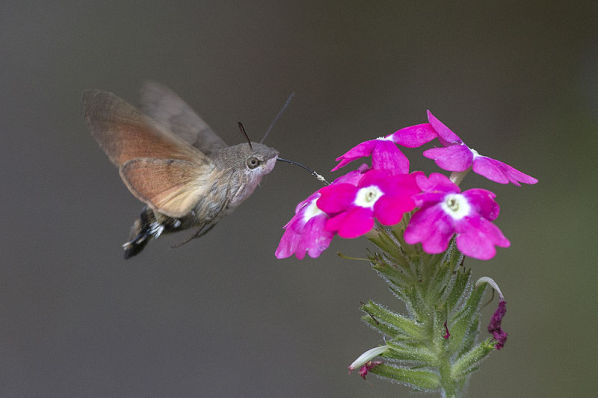 Judging from this creature's name, it appears to be a combination of three different animals - a hummingbird, a hawk, and a moth! This insect feeds on flowers, and even makes a noise very similar to that of a hummingbird. Its wings and face, however, resemble a moth. What a strange creature indeed!