hotboy
Editor
posted on 3 years ago
4,801
views
Trending
Promise Phan is a self-taught makeup artist who has transformed herself i
Via: Likes.com 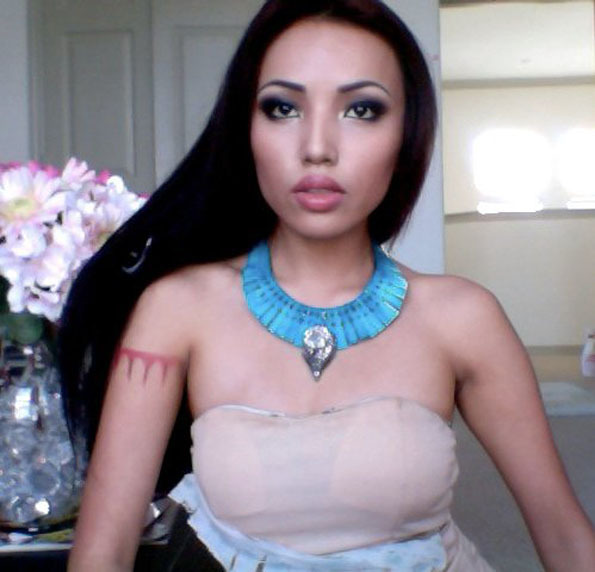 Meet Promise Phan, also known as 'dope2111' on YouTube, but she's certainly no dope. She's a very talented makeup artist who has over one million subscribers who love her makeup transformations. One of her passions is transforming herself into Disney princesses. Here we see her transformed into Pocahontas, and it's dead-on. 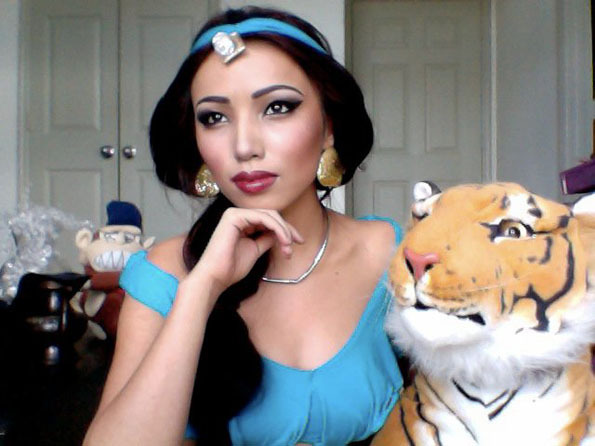 Here's Promise as Jasmine from Aladdin, complete with Apu and Rajah! Promise says that she has never been professionally trained as a makeup artist, she is 100% self-taught and she encourages others to do the same through her makeup tutorials. 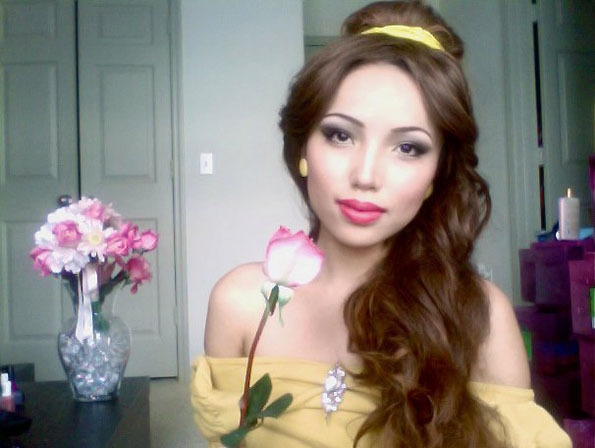 Promise's version of Belle from Beauty and the Beast is stunning. She gets every detail perfect, it's hard to believe that this is the same girl as in the previous pictures, isn't it? Her transformations aren't restricted to just makeup, she makes sure to get every detail right include hair, wardrobe, and props. 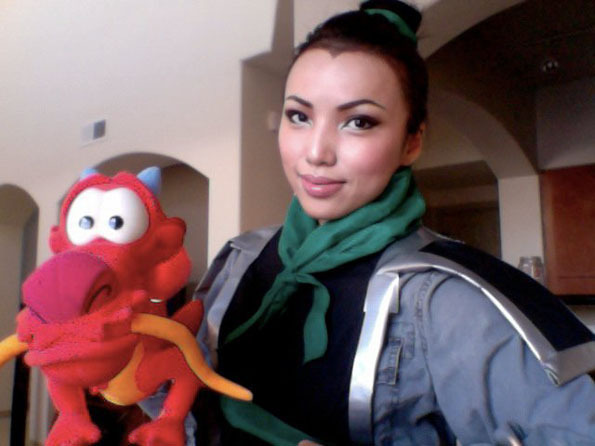 This Mulan transformation is truly incredible, and not just because the outfit is perfect. You can tell that Promise did her makeup in a special way that makes her look just a bit more masculine to capture the spirit of Mulan, a female Chinese warrior who has to disguise herself as a man to take her father's place in the military. 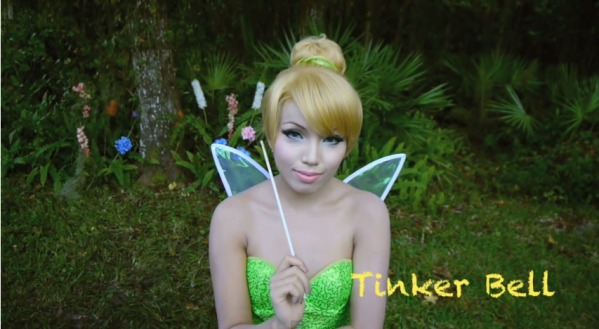 Promise wigs out in this video; that is to say, she dons a blonde wig to recreate Tinker Bell's perfect bob. She really went all out here, including applying makeup to most of her exposed skin to get the perfect shade and even doing a photo shoot in a place that looks just like a pixie forest. 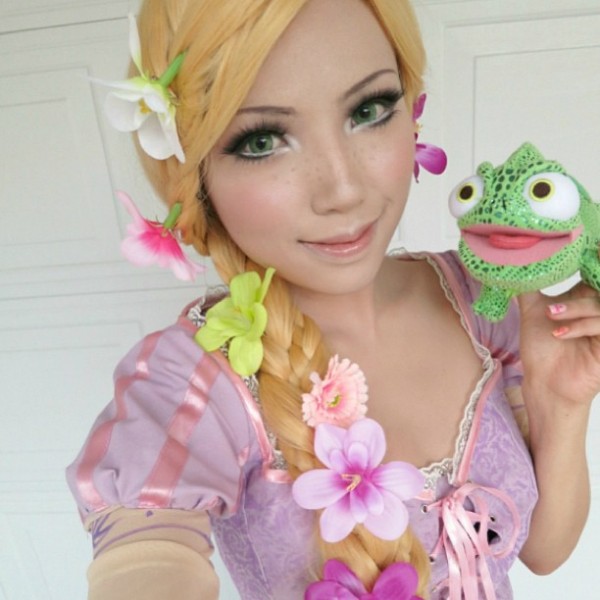 Here's what we're starting to wonder: Where does Promise find all these perfect and perfectly-fitting Disney princess costumes? She creates freckles to mimic Disney's take on Rapunzel, and even wears special contact lenses to get Rapunzel's bright green eyes. We wonder how long that pony tail goes down. 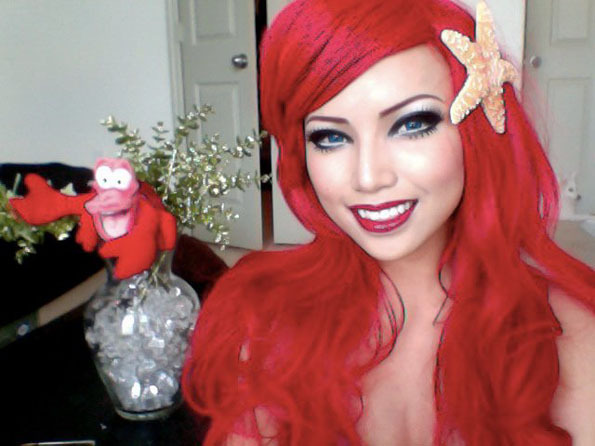 Under da sea! Here's Promise as The Little Mermaid's Ariel, along with her crabby best pal, Sebastian. Check out those deep blue eyes, old red wig, and the starfish hair accessory. We love it! 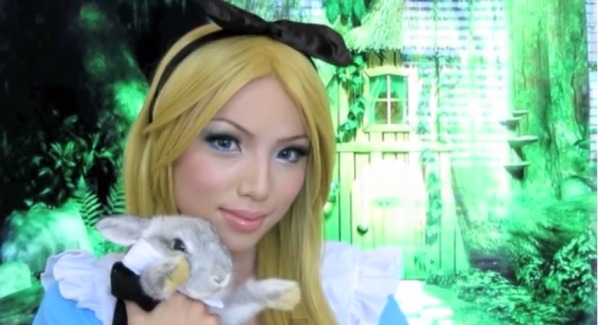 Promise Phan's Alice in Wonderland costume comes complete with her own real-life White Rabbit and it's totally adorable! She's nailed every detail, from the perfect eye makeup to the right size and shade of lip. The wig, dress, and bow really tie it all together; bonus points for the awesome background! 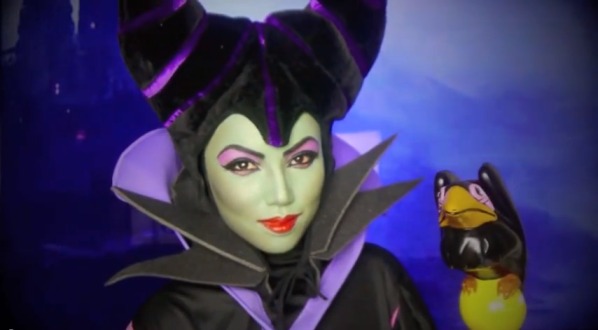 Who says princesses get to have all the fun? Just in time for the upcoming Maleficent movie starring Angelina Jolie, Promise did a tutorial on how to achieve the perfect Maleficent look. This would make a really awesome Halloween costume! The accessories are just as impressive as the makeup on this one; it's still really impressive how she is able to make her face look a totally different shape using just makeup tricks. 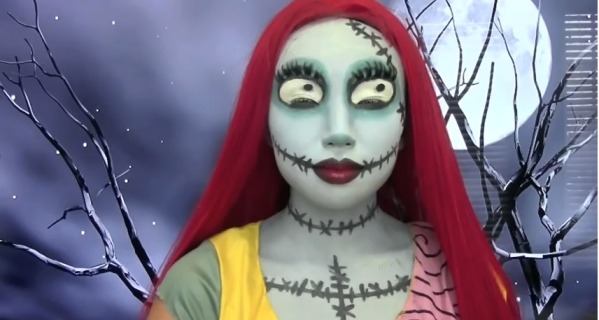 Here we see Sally doing one of our favorites: Sally from The Nightmare Before Christmas! (yes, it WAS a Disney movie.) This is probably her most drastic transformation, she really turns herself into a human cartoon. This one is pretty eery because the 'eyes' are not her actual eyes, it really makes her look like the claymation character. We think Jack Skellington would have been a little harder to pull off, but she could probably do it!