Yet Another iPhone 6s Review

Should you buy an iPhone 6s? Should I?

It’s Wednesday evening and I have a question for my wife: Should I get an iPhone 6s?

She has an answer, but it’s not the one I’m looking for. “Don’t you have any better questions to ask?”

Here’s the thing: I’m halfway through my two-year contract, and so if I do want a new phone, I’ve got to buy my way out of my contract and sign a new one — or buy my way out of it and pay full fare for an unlocked device, which will almost certainly involve some Kafkaesque negotiation with my carrier. But after playing with the new iPhone 6s Plus for a few days, I’m thinking about it. There’s a lot to like. (I didn’t test the smaller iPhone 6S. But it features the same hardware improvements discussed below.) 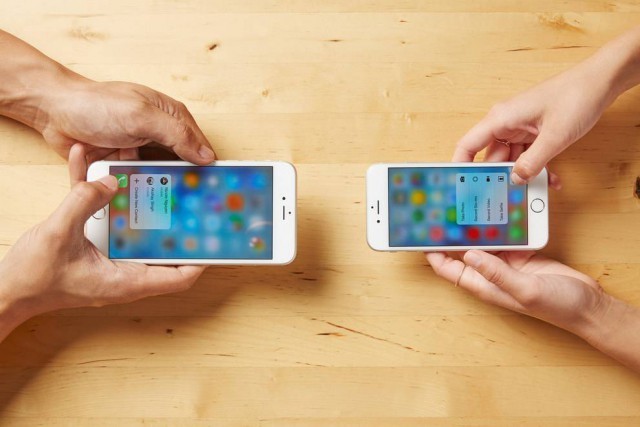 Even the stuff that seemed a little silly from afar has turned out to be pretty great. Last week, Apple CEO Tim Cook said Apple’s new “Live Photos” feature, which extends a snapshot moment by capturing the critical few seconds just before and after a picture is taken, is “a medium that hasn’t existed before. It’s like discovering a new form.” I described this as near-Jobsian hyperbole becauseit is, and because, like so many wonderfully outspoken folks on Twitter, I too have seen plenty of GIFs!

But you know what? Live Photos are great*. I was fully prepared to dismiss them as an S-year gimmick. But they’re actually quite compelling. Some are briefly humorous, others are totally worthless; but when you get a good one, it’s really something else. If I were a new parent, I would upgrade to the 6s for Live Photos alone. It’s a powerful feature, powerfully executed.

My daughters say Live Photos are a lot like the moving pictures in Harry Potter, and they’re not all that far off. Certainly, they make scrolling through photos on the iPhone playful, infinitely more interesting, and, on occasion, utterly fantastic. I wish I had Live Photos of my daughters when they were babies. I wish I had a Live Photo of my wife that one time at the Dovre Club years ago when she was still only my girlfriend. I now have multiple Live Photos of my dog behaving like a dope, but I wish I had some from when he was an equally dopey puppy. Perhaps I’m a sentimentalist. Maybe I just haven’t seen enough GIFs.

And then there are the things you don’t think about until you hold it. The iPhone 6s Plus is pretty much identical in form factor to the 6 Plus, the handset I carry now — though it feels vaguely different in a way I can’t quite describe. Maybe that’s because of the new whatever “Series” alloy aluminum used to build it — I don’t know. That material, which Apple describes as “the same grade used in the aerospace industry,” may or may not have contributed to the 6s Plus’s resilience when I stupidly dropped it in the driveway this morning. My iPhone 6 Plus did not fare nearly as well under a similar use case scenario. Either way, I should be more careful with my phones.

Apple says the iPhone 6s portfolio is faster than previous iPhones, and it is. It’s snappier and you do notice — if that matters to you. I found the iPhone 6 to be pretty snappy, too. That said, I’m pretty sure this thing blows the doors off the 5s. Whether the device delivers on its promise of faster LTE and Wi-Fi, I have no clue. Maybe? Also: Who am I to judge incremental improvements in LTE and Wi-Fi connectivity? I’m just a guy who streams a lot of metal.