Photographer Lyndon Lomax said of the bottlenose: "This one was clearly showing off as that is a phenomenal jump and he did it right next to the boat"

Jumping twice your body length out of the ocean takes a lot of bottle - but this dolphin really nose what he is doing. 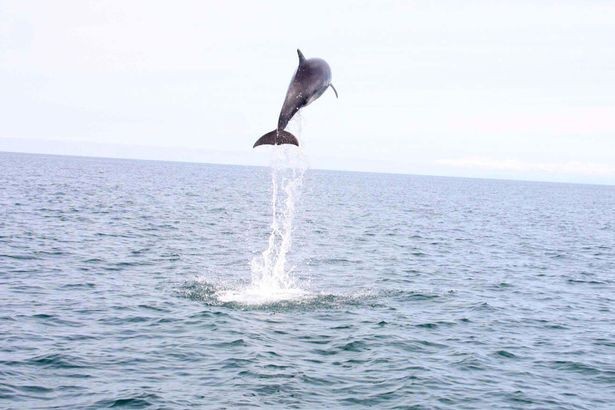 The moment a show-off bottlenose dolphin leapt more than 15 FEET high out of the ocean to wow tourists was caught on camera in this stunning sequence of pictures.

Lyndon Lomax, 71, had joined an afternoon boat excursion of the coast of Cardigan Bay, south Wales, when a group of dolphins appeared alongside the boat.

The retired gas engineer said: "This one was clearly showing off as that is a phenomenal jump and he did it right next to the boat. He must have been only 10 metres away. 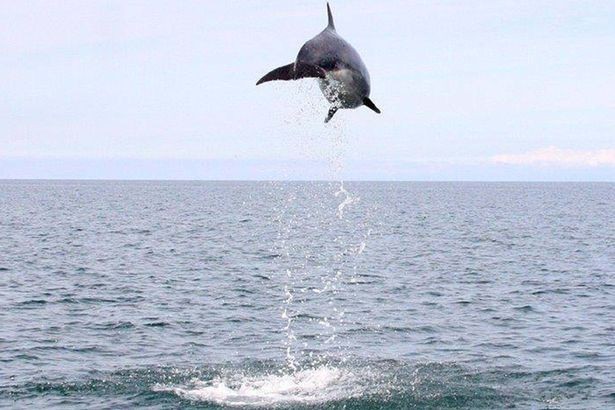 "Everyone on the boat was completely gobsmacked and blown away by it.

"It's very unusual to see one leap quite so high as that.

"I think this must be about as high as they can go. It was a fantastic distance out of the water - at least 15 feet or more." 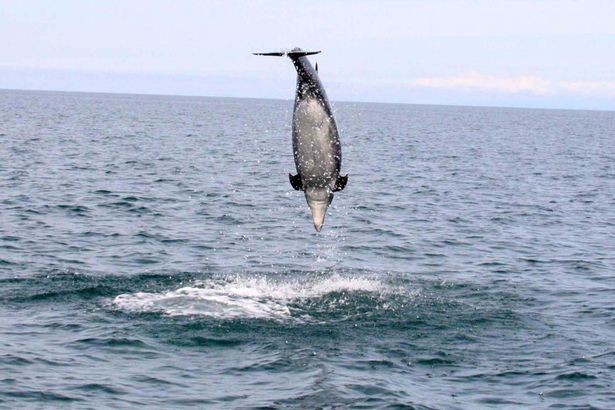 The pictures were taken a fortnight ago around three miles off the Welsh coast.

"Living by the coast I have managed to take some nice shots over the years - but this one really is the clear winner," he said.

"Dolphins are obviously very intelligent and interactive creatures and they do sometimes enjoy playing up for people - like this one clearly did.

"But they are also top predators and they know how to look after themselves."