Can Humans Live on Mars?

A mission to live on
Via: Likes.com

Living on Mars may give you the impression that we might very well be trippin'. We are pleased to inform you that we are, in fact, so not trippin'. If anything, we're flying (pronounced flyin') to Mars. And it's actually not as hard as it sounds. But why would we want to terraform Mars— make it green and human friendly in the first place? The photos we see of Mars, with its dusty and lifeless terrain, don't really compare to our beautiful blue planet. Plus, there's all those aliens there. Scary! But it's ok, we can take them. We pretty much have to now. Here's why. 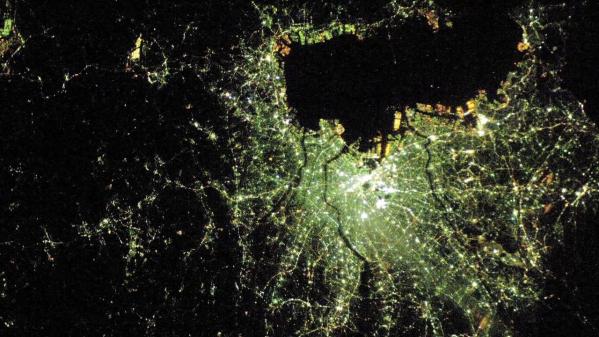 There are more than six billion (billion!) people on Earth today. And this abstinence-only education doesn't seem to be working. There simply isn't enough room here. And damn it! We didn't learn the alphabet to be crammed into hospital beds with pregnant teens and abstinence-only teachers! People are starving. People are fat. People are rich. People are poor. Everybody looks better on webcams. It's like six billion people in a one bedroom apartment and they've only been dating for a few months. They need a bigger place. They can rearrange furniture for a month, sure. That's kind of working. But the lack of space isn't the only problem. 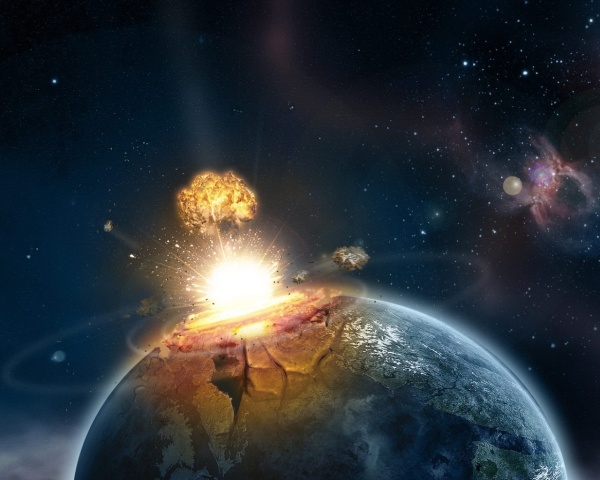 We also can't ignore the whole climate change thing. As unpleasant as it is to think about, scientists say that it's not a matter of "if" Earth gets hit by a giant asteroid. It's a matter of "when" Earth gets hit. And when that does happen, humans will go the way of the dinosaurs— who are dead, if you forgot. Why is this website hating on Earth so much. Whoa. Just you shut your mouth, person. We don't hate Earth. We've known earth since middle school. 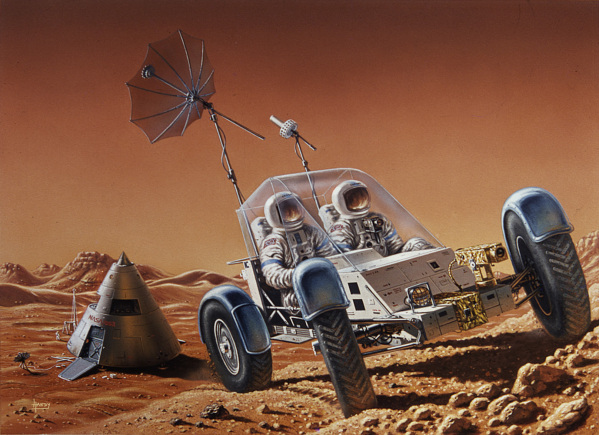 If we settle on the red planet, the human race as a whole will have a better chance of surviving— somewhere. Don't look so blue. You'll be dead before that ever happens. Oh, don't worry. You won't even know you're dead. You'll just be dead. Aww...Cheer up! We're going to Mars! But how? And why Mars? 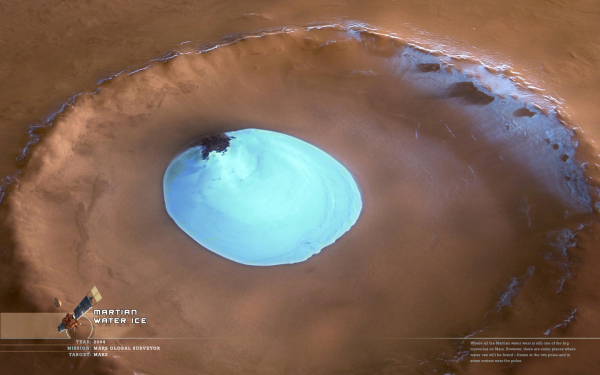 Space is a big place. It's going to take a long time for people to travel to another planet. So, scientists have chosen to start off with our next door neighbor, Mars. Right now, Mars is way too cold for anyone to live on. It's too far away from the sun. Venus is our other neighbor, and much closer to the sun. Why don't we just go there? Umm, because it's on fire! That's why! Whoa, calm down Linda. Nothing against Venus or Jupiter (according to some nerd). Our best option is to find a way to warm Mars up. It has all the elements that are needed for life— water, carbon, oxygen, and nitrogen. They just need some rearranging to get them to work the way they do here. How does that work? Huh, nerd? Huh? (nerd gets makeover and impresses the class with explanation.)

6. Warming Up Our New Planet 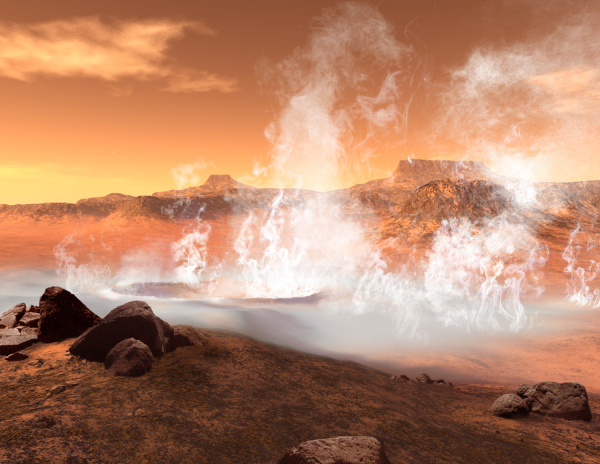 Like we said earlier, Mars is cold, about -81 degrees fahrenheit cold. Cold. So, the whole Mars transformation has to start with turning the heat up. A really popular idea for doing that is to use mirrors. Mars has two polar ice caps, just like earth (biter!). The idea is to use giant mirrors to reflect the Sun's heat onto the surface of Mars. The heat would melt the ice caps, which would release the carbon dioxide that gets trapped inside water when it freezes. And off it goes up into the atmosphere just like the carbon dioxide that's causing global warming here on Earth. So now that the carbon dioxide has melted the water, it's time to make the air breathable.

7. How We Will Breathe on Mars

When the water and martian soil mix, they'll break down latent peroxides, which will release oxygen (yum!) into the air. It won't be enough oxygen for humans to breathe, but it should be enough to keep plants alive — which would increase the oxygen level even moreso through the process of photosynthesis. Then it's just a matter of time, a matter of a very, very, very, very (do we get paid per word?) very, very, very, long time before the planet will look like Earth. The Mars One project plans to land a crew of four people on Mars by 2023. They will live the rest of their lives there; even having children. But they won't be living on anything that resembles earth. As we said, terraforming Mars will take a very, very, very, very, very long time (ca-ching!). We may as well start now. 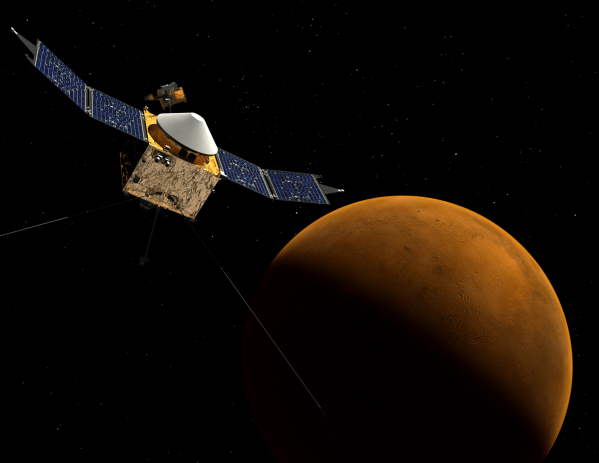 Mars One is not the first organization to attempt manning a mission to mars, but they are the most famous for it, for good reason. Other plans always included a return flight. Since Mars One requires that its crew permanently settle on Mars, the process will be much easier. They don't have to pack a heavy lift launch vehicle. That's good because it doesn't exist. And they won't have to worry about recycling water during the trip because it only takes 210 days to get there. They can take what they need with them and just pee like normal people, in space, in a tank, that also serves as a shield against radiation, like normal people.

9. Similarities Between Mars and Earth 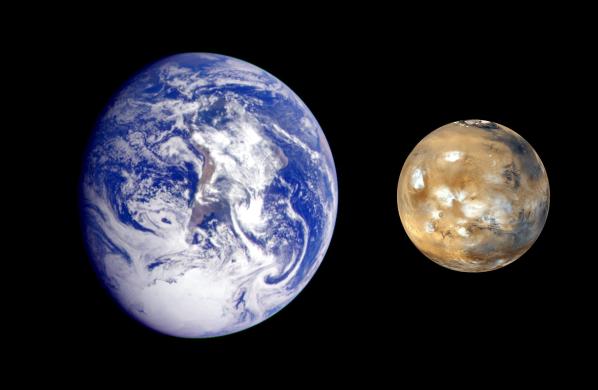 But the real question is can we dunk on Mars? We know you can dunk on the moon. The moon has one sixth less gravity than Earth. That's great for dunking, but probably not so great for everyday activity. Mars only has one third less gravity than Earth; a number much easier to deal with, even if we have to work a little harder to dunk. With a rotation rate of 24 hours 37 min compared to Earth's 23 hours 56 min, and axial tilt of 24 degrees compared to Earth's 23.5 degrees; Mars is the most similar and feasible planet to attempt to inhabit and terraform (and dunk on). 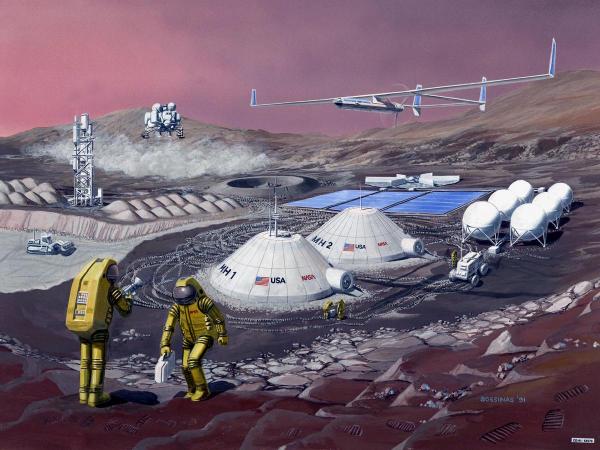 Evolution by means of natural selection. That's where it all began. That's where we began. Venturing out into the vastness of space, inhabiting the universe and forcing it to fit our needs would be as grand of a step in our evolution as a species as it was when our ancient ancestors first climbed out from the oceans and set foot onto dry land. What a shame it would be if we didn't even try. Come on! We wanna dunk on Mars! You guys! Come on...