Pictures That Will Restore Your Faith in Humanity 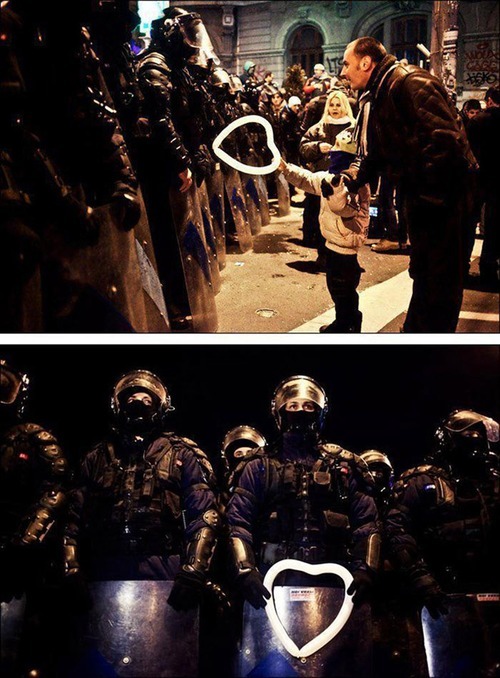 This happened in Bucharest, Romania. Riot police were lined up during protests against austerity measures when a child hands over a heart-shaped balloon to one of the somewhat foreboding police officers. Maybe more surprisingly, the officer took it. And the result is probably one of the most symbolic, touching and powerful photos ever taken.

2. This Runner Quit a Race to Help Injured Opponent 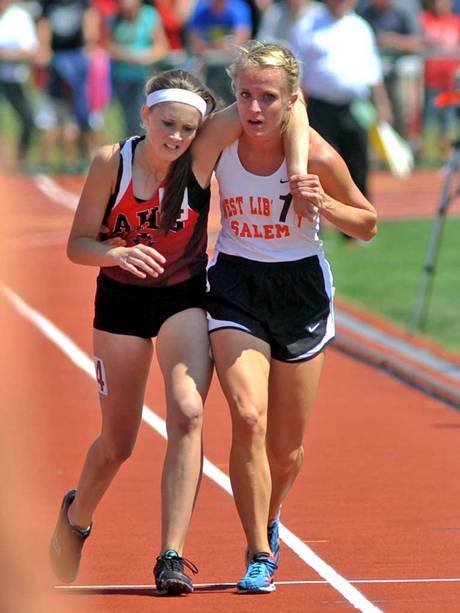 When you’re a competitor, your spirit tells you one thing: Beat your opponent. In rare instances, that goes out the window though. Like right here. An opponent suffers an injury during competition and someone from another team helps them finish what they started. Oddly, you’ll see a gesture like this more in individual sports than you will in team sports. 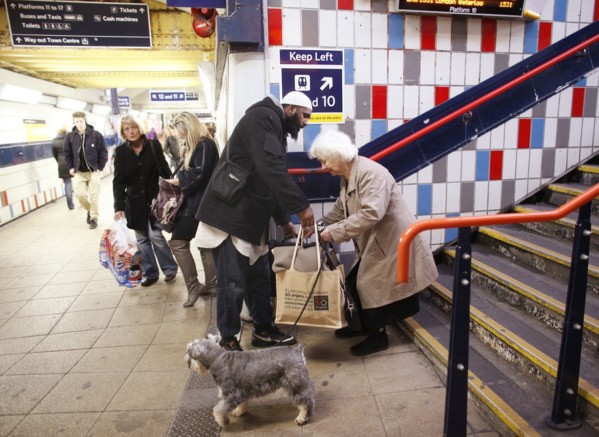 You know, there was a time when something like this was commonplace. Someone who’s young and spry helping someone who’s old and… not spry, even if they didn’t know each other. Well, everyone is too self-absorbed for anything like that now. It’s easier just to ignore someone struggling along and look down at your iPhone. Being a gentleman is overrated. Except that it isn’t. 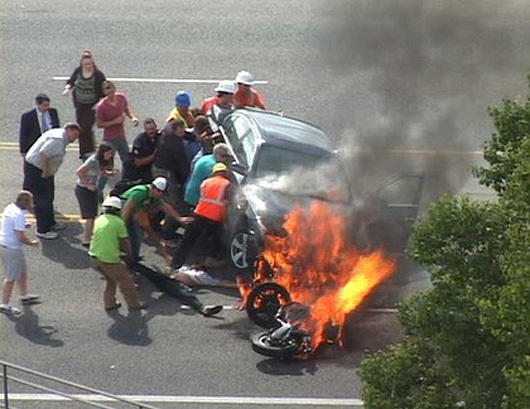 Sometimes kindness goes beyond just helping someone out. Sometimes it gets into saving someone’s life. That’s true heroism. That’s obviously what’s going on here. This motorcyclist was trapped underneath that burning car. Onlookers rushed in to lift the car and pull him out. If they hadn’t risked their own health and well-being to do so, well… you can probably imagine how this would have turned out. 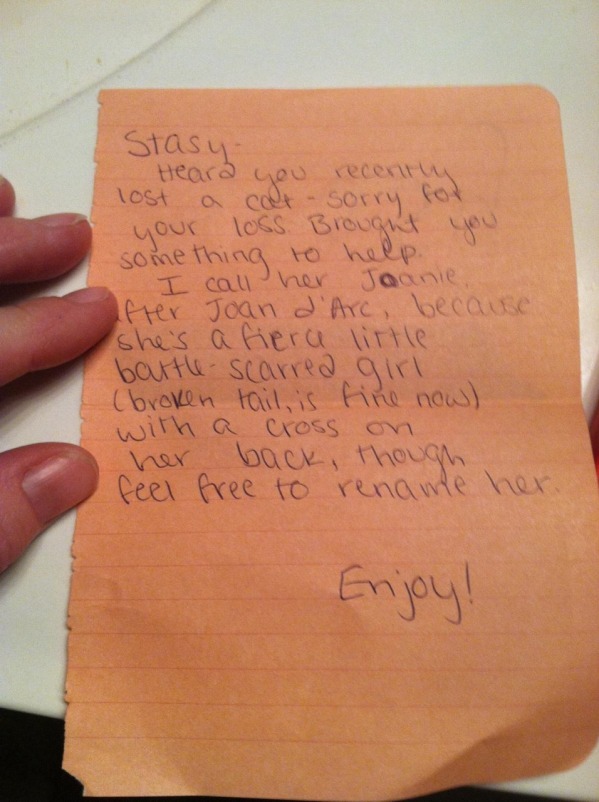 Having a pet, especially a dog or cat, is great. You get attached. They become one of the family. Of course, losing a pet like that sucks, even though it’s inevitable. It’s like losing a family member or close friend. Can a new pet replace the old one? Not really, but kind of. It certainly can help bring comfort and only another pet owner would understand. We don’t recommend replacing family or friends in the same fashion, though.

6. Electricity As an Act 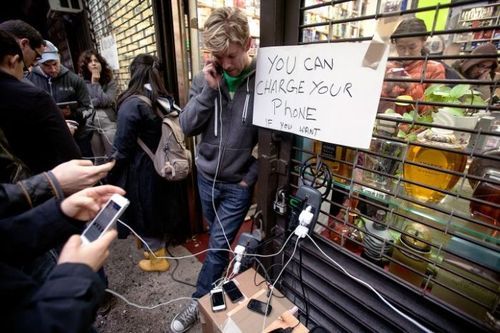 The story here goes something like this: This particular place was the only one in this particular neighborhood that had power. People were trying to reach their families, loved ones and so forth and, well, unfortunately, you can no longer do that unless your phone has been charged. So, they set up a power charging station that allowed people to do just that. Maybe we should leave one or two of those pay phone booths standing for situations like this, huh?

7. A Refresher In the Heat of Battle 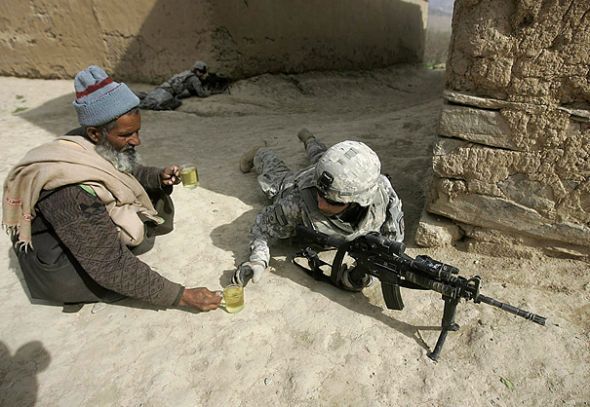 There isn’t a lot of time for kindness when you’re fighting a war. That’s probably true for most civilians who are in the midst of a war too. They’re fearful, they’re standoffish and in many cases, don’t want the soldiers who are in their country to be there in the first place. But everyone understands basic human needs and even if people can’t connect through language, they can connect through an act of kindness. In this case, a civilian helping a soldier quench his thirst.

8. The Kids Are Alright 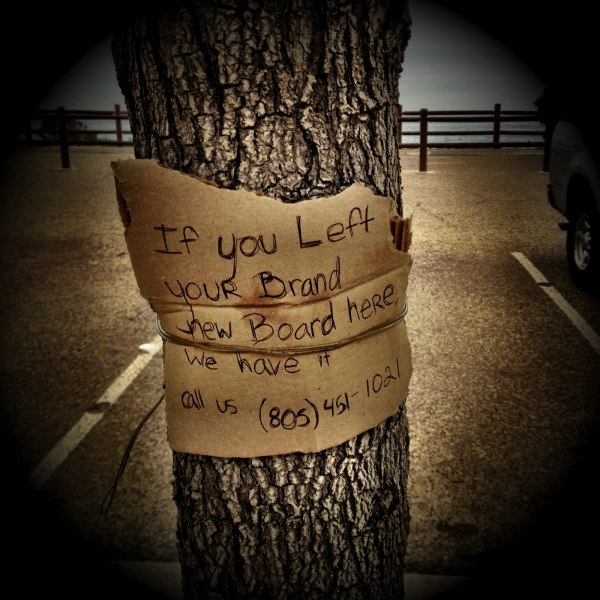 Let’s face it. Most kids who found a new skateboard – or anything they wanted for that matter – lying around would have taken it home and the owner would never have seen it again. Unless their parents found their shiny, new found item and made them try to find the owner, that is. Nonetheless, it sucks to lose things. Sometimes the kindness of strangers can be surprising. Since this photo started making the rounds, we bet this kid had to change his number, though. 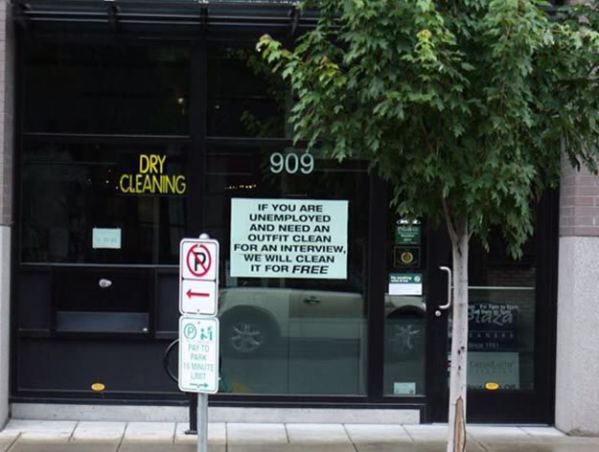 If you haven’t been unemployed before, you’re lucky. It isn’t fun. Slogging through job boards, sending out resumes, writing stupid cover letters, not getting a call… repeatedly. It’s a mind-numbing, depressing experience. Even when you do get an interview, you’re up against 20 people who are just as qualified as you. As they say, your appearance makes the first impression. It’s important to look good. And it’s nice to know you won’t have to wear the same dirty suit you wore to your last 10 interviews, if you can find this place. 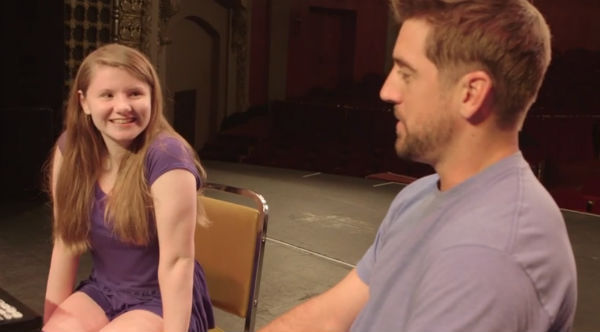 Some people are more overt about this than others. Like, “Hey, look at me, I’m a famous athlete and I’m visiting sick kids in a hospital!” Others are a little more low key. One of those guys in the latter group is Green Bay Packers quarterback Aaron Rodgers. In fact, he likes to surprise kids battling diseases or who have a disability by just showing up at their homes unannounced. Now, that’s pretty cool.