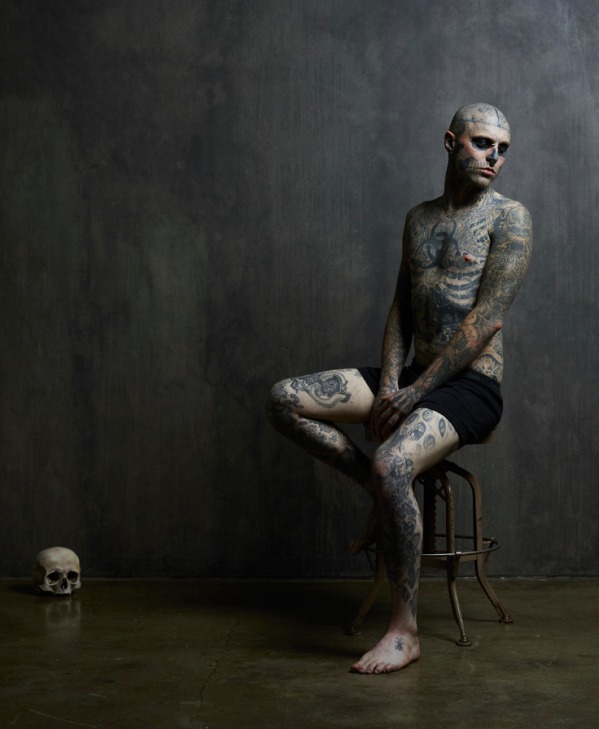 The Canadian artist, musician and fashion model is renown. Here he is captured by Canadian photographer Joey L. His highlights include starring in Lady Gaga's music video, "Born This Way" and being the face of Jay-Z's fashion label, Rocawear. Then recently there's his film debut and music album recording! Who said having extreme tattoos are limiting to one's career? 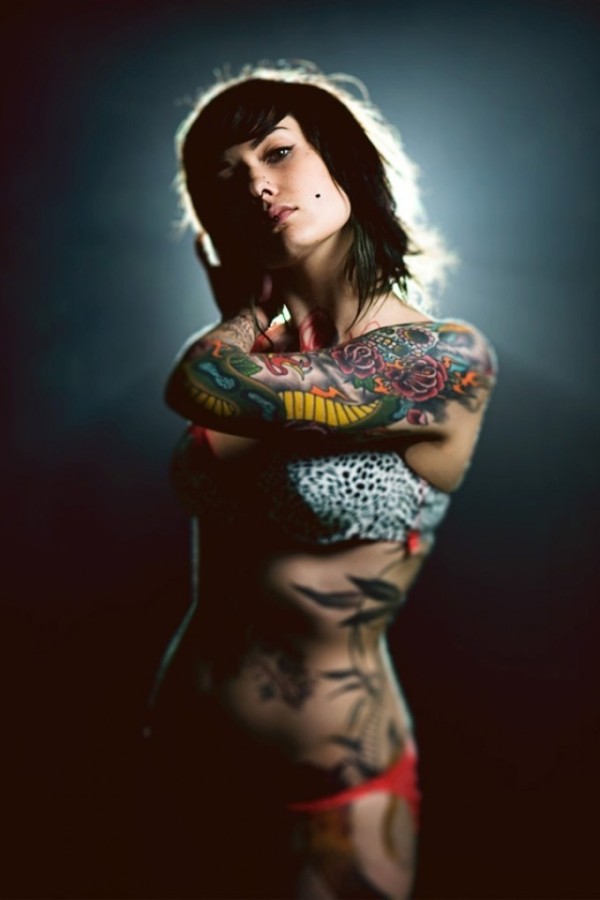 Sometimes a full body tattoo covers the entire body but not always. There's usually a design theme or style that dominates the look. In the West today, elaborate tattooing is not solely associated with circus performers but is a fashion or lifestyle statement. 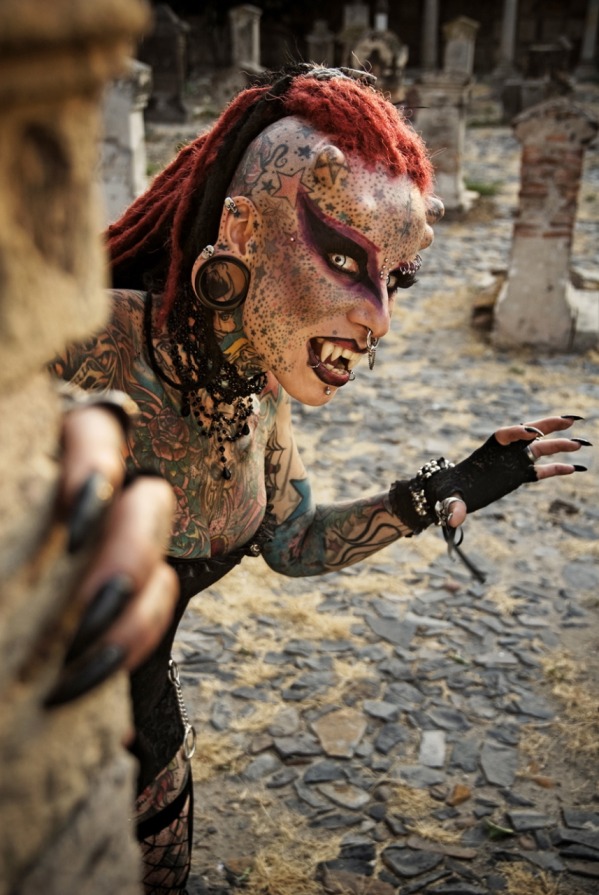 Maria has spent years perfecting her look, and also being a mother of four, a tattoo artist and former lawyer! 90% of her body is tattooed and modified with subcutaneous implants, titanium horns, dental "fangs" and numerous facial piercings. She a true human hybrid! 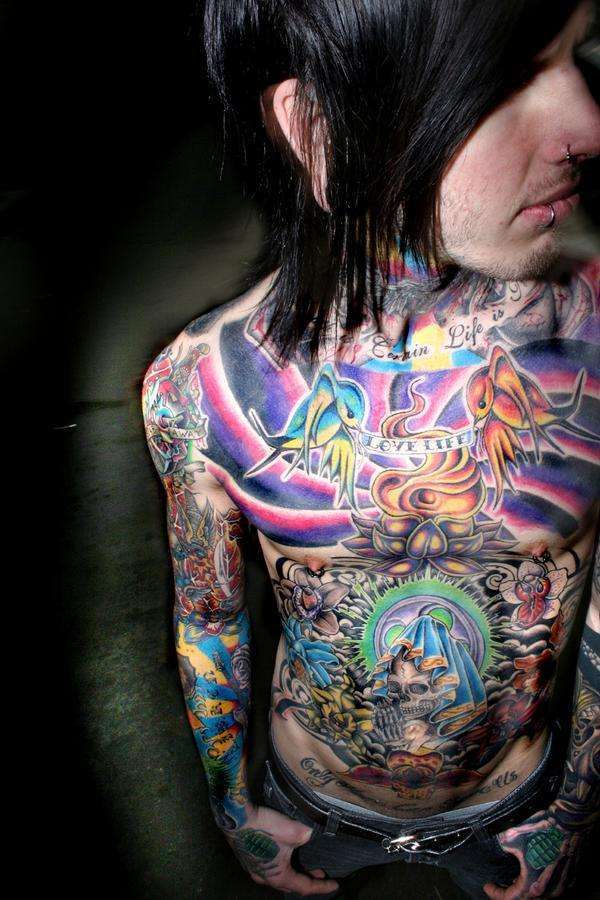 What stands out here is that rainbow of pink and purple color.. Wow! These colors are bright and vivid, so this ink must be new. Do you see the writing in the center of his chest? "Love Life".. yeah we love! 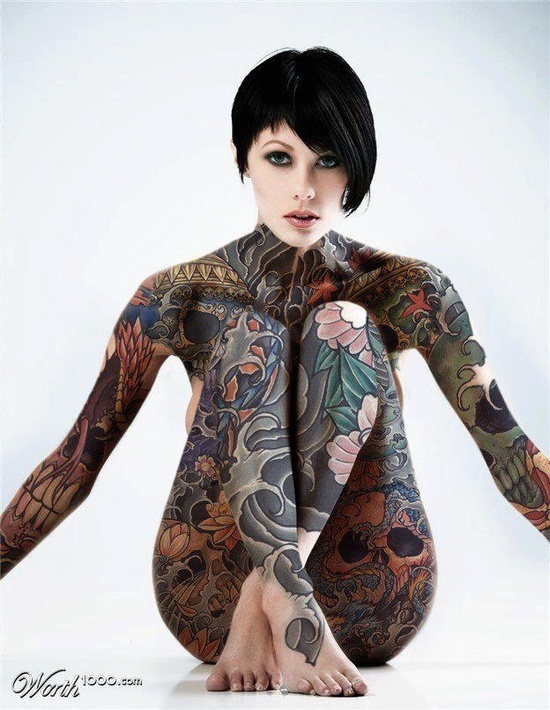 At first glance this design looks to be a Yakuza tattoo, but if you notice how it extends up the neck as well as down one foot, it goes beyond where it would be covered by conventional clothing. Yakuza tattoos are designed not to be seen in public. Never-the-less this gal's tats are stunning! 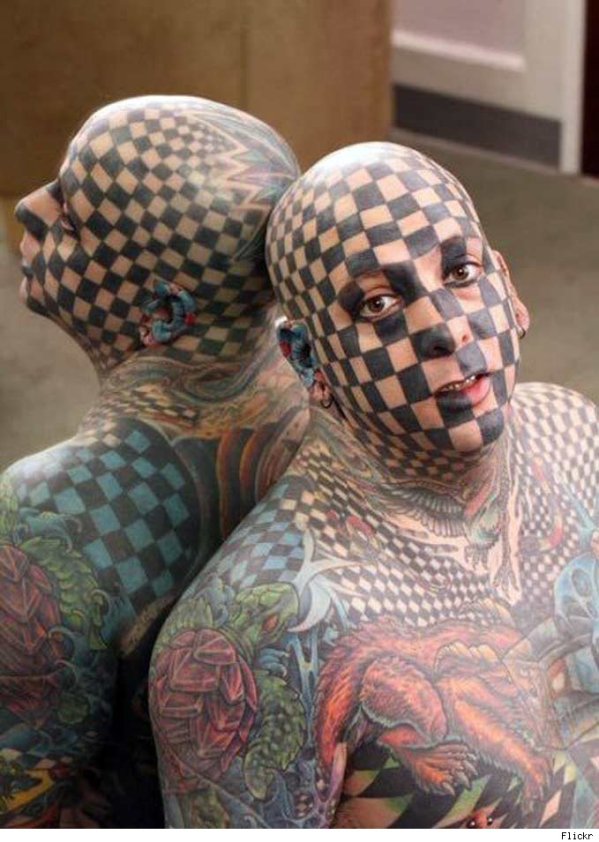 Matt himself is the artist here, tattooing 98% of his body including his tongue. He claims his tats cover a rare birth defect, called Poland’s muscle syndrome. Since this photo was taken Matt's surprisingly inked the white parts of his eyes! 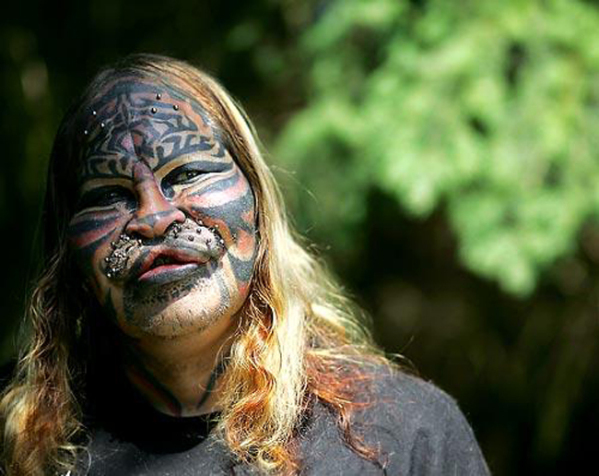 The computer programmer and US Naval veteran, Dennis Avner explained his desire to be a feline was inspired by his "animal totem," and Native Indian heritage. He blurred the gender line as much as the species line, his transformation and idenity was that of a female tiger. 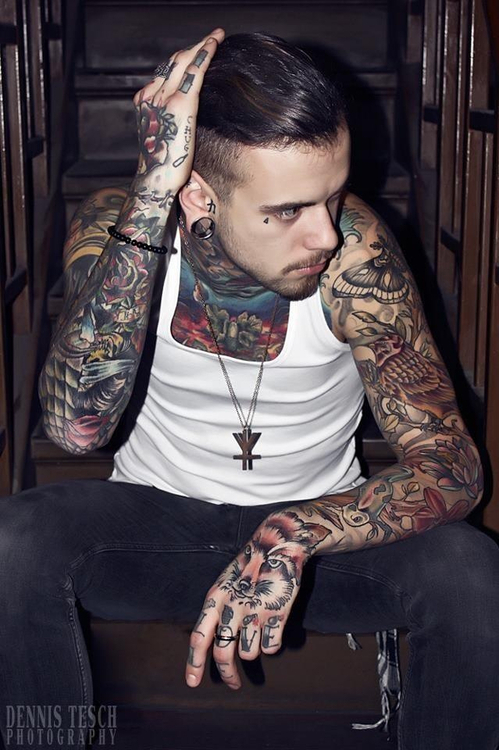 This Englishman living in Paris is the lead singer of band, Betraying The Martyrs, and he's sporting the COOLEST wolf image on his hand amongst other fauna and flora. The band just put out an album and is touring internationally.. they might just revive the extreme heavy metal rock scene! 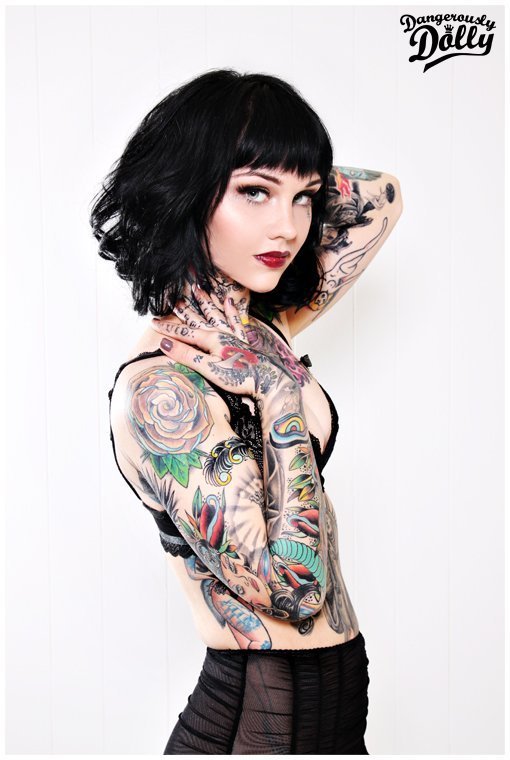 The Tattoo artist, Rachel Anne in Atlanta, Georgia is not only talented with inking but a perfect model for showing off her designs. Her modeling is represented with the agency 'Model Mayhem', and has been featured in quite a few publications and campaigns! 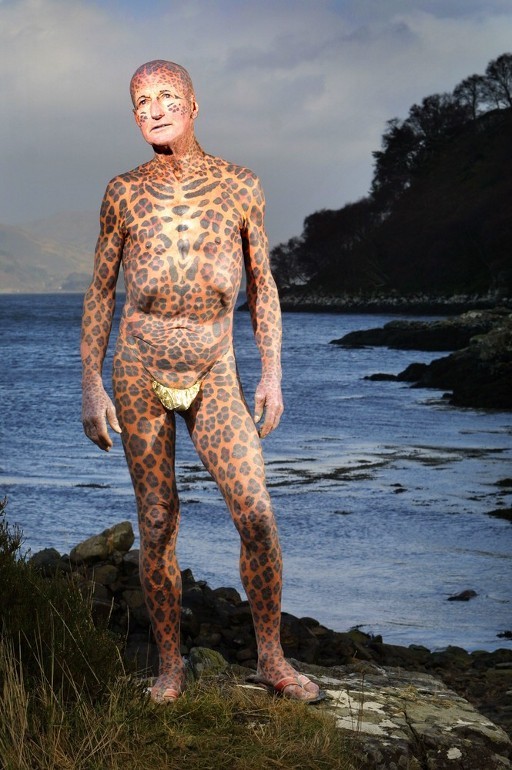 The British former soldier was coined by the Guinness Book of World Records as being the world's most tattooed man. 99.2% of his body is covered with Leopard spots. At age 73 he moved to a small town after being a hermit, and he says he's now quite a "tourist attraction".