Dating Advice From Your Favorite Movies

Trying to maintain your relationship? Need dating tips?
Via: Likes.com 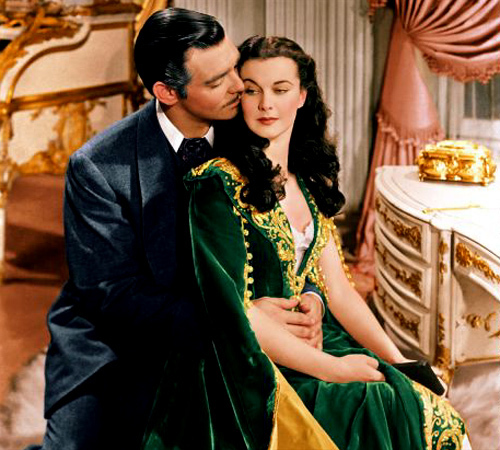 "Gone with the Wind" is hailed as one of the most romantic epics of all time. One dating tip that might have gone straight over your head the last time you saw it is that if you want someone, get them. And get them now. As Rhett Butler says to Scarlett O'Hara, "I can't go all my life waiting to catch you between husbands." So if someone you've wanted to date for awhile is single and you're single, just take a chance and ask them out. Wait too long, and your perfect mate just might end up with someone else. Ball's in your court. Had a crush on someone for a long time? Just don't know how to approach them? Well buddy, your time is now.

2. Give Someone New a Chance 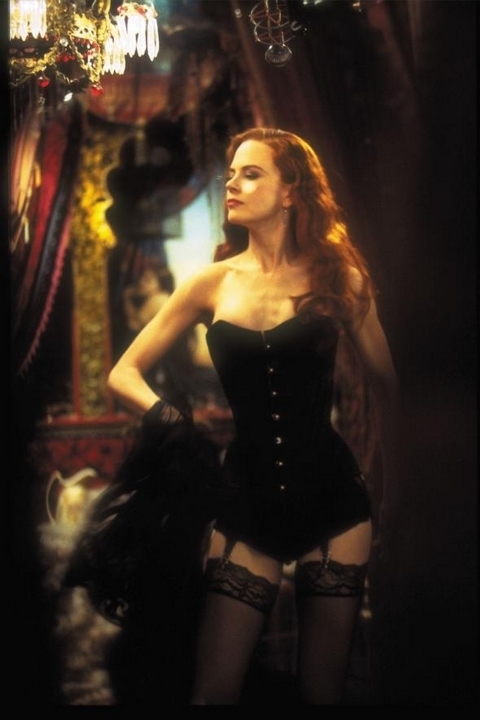 "Moulin Rouge!" is a colorful musical combining eccentricity with romance in a spectacular film. Christian persuades a reluctant Satine to give him a chance to be her suitor. Against her better judgment, she agrees. And she finds a worthwhile relationship because of it. If it works for her, it can work for you too. When someone new asks you out on a date, say yes. Who knows? They just might be someone worth having in your life. You can find a great relationship with people you ordinarily never would have considered. If someone new asks you out, what do you have to lose by saying yes? Give them an honest chance- at least two or three dates.

3. Distance is Not As Big an Obstacle As You'd Think 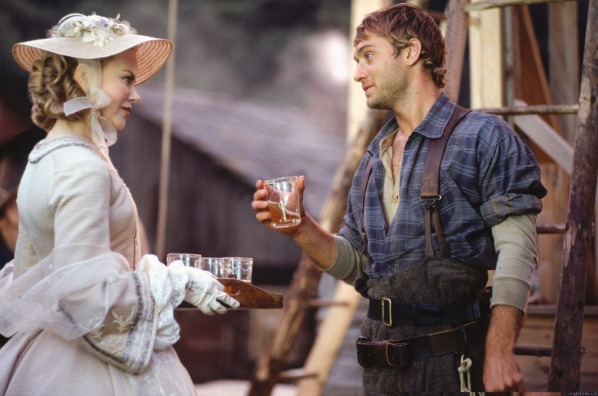 In "Cold Mountain", Inman and Ada have to face not only distance but war as well. They're not in a relationship; they've barely had a few words pass between them. But the thought of each other is enough to sustain them through the war in hopes they'll reunite some day. Luckily, we live in a technologically-savvy age where your long distance relationship isn't quite as dramatic as that. Keep in touch regularly with your significant other via Skype, Facetime, text, phone call, etc. Your relationship can survive the long distance if you're willing. Long distance relationships can be hard. No doubt about it. But know that if your relationship is strong enough, you can survive the distance. 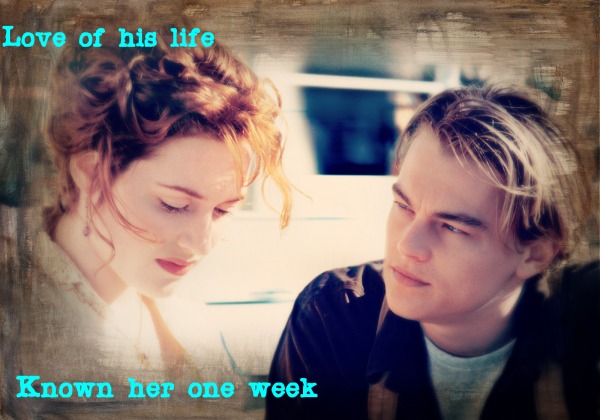 Take Rose and Jack, star-crossed lovers aboard the Titanic. The timeline of their relationship, from meeting till death do them part, is less than a week. A week! However, they found something real in each other in such a short period of time. If you're into the person you're dating, don't put arbitrary limits on yourselves based on what other people suggest. Instead, use your instincts to let your relationship take its natural course. You've probably heard of a general timeline for how dating should proceed. You know, the don't- go away for a weekend/introduce them to your friends/become intimate until-this-period-of-time-passes rules. Take whatever you know about these and throw them out the window. Dating proceeds naturally; don't put an expiration date on it. 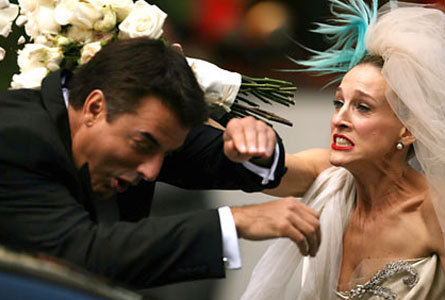 Carrie and Mr. Big of "Sex and the City" are the perfect example of this. He's let her down numerous times in the past, but she just can't help hoping he means it this time. She's then crushed when he leaves her at the alter. If your partner consistently flakes on you, don't expect them to suddenly change this time around. At the end of the day, they're who they are and you're who you are. Consider if it's worth getting back together and if so, how you can learn from the mistakes of the past to move forward. If you broke it off with your ex before and are debating getting back together, remember that there was a reason you broke up in the first place. Don't expect that things will suddenly be different this time around.

6. Don't Let Your Relationship Define You 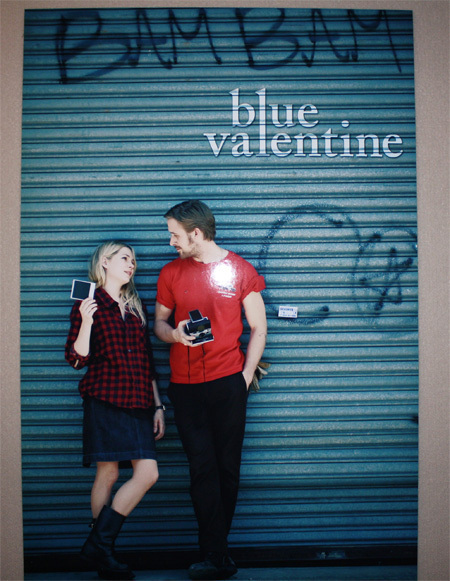 In "Blue Valentine" starring Ryan Gosling and Michelle Williams, the two begin their relationship deeply in love. As time goes by, however, they begin to resent each other because they let their relationship overshadow their own personal growth. Though you should nurture your relationship together, don't forget to also help yourselves as individuals. Dating someone can be the most euphoric feeling. You feel desirable and great about yourself when you're with your partner. But remember that your relationship doesn't define you. You're still an individual and should take time to help yourself grow as well. Don't give up the things you enjoy doing simply to spend more time with your partner. It's not selfish to take time for yourself.

7. Don't Take Your Partner For Granted 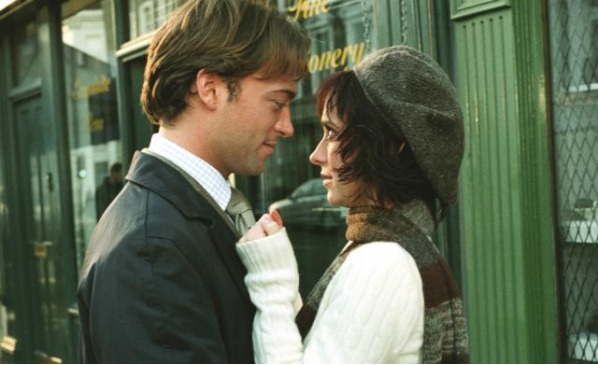 "If Only", a 2004 romantic film starring Jennifer Love Hewitt and Paul Nicholls, explores what happens when a workaholic who neglects his girlfriend suddenly finds himself without her. He does a complete 180 and learns to appreciate her, demonstrating his love in ways that'll have you reaching for the tissues. Bottom line? Don't take your partner for granted. Show them in any way you can how much they mean to you. Showing affection doesn't mean you have to stand outside with a boombox a la John Cusack. It means doing the little things for them. Get their coffee ready in the morning, make a note of the restaurant they've been dying to try out and book a reservation, etc. Show your appreciation for your partner and don't take them for granted.

8. Don't Play Games with Your Relationship 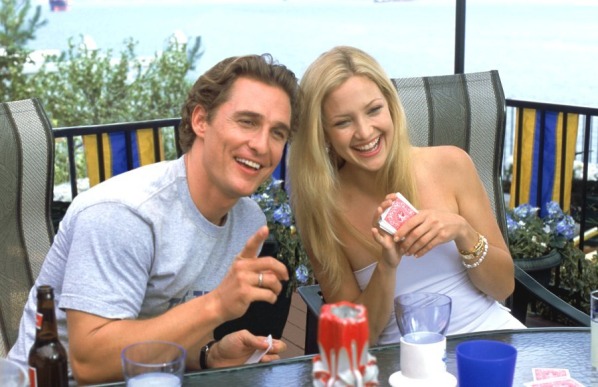 In "How to Lose a Guy in 10 Days", a comedic chick-flick, both Kate Hudson and Matthew McConaughey have an endgame in mind when it comes to their budding relationship. Though they manage to keep their plans secret for most of the movie, it backfires and their true motives are exposed. As it is Hollywood, they got their happy ending. But you'd best believe that your partner won't be as forgiving if you're playing games with them while you're dating. Respect and honesty are two proven traits men and women value in a partner. Whether you're with Mr(s). Right or Mr(s). Right Now, do them the courtesy of valuing them enough not to play games with them. Both men and women value someone who's straight with them. Sure, being playful and sassy with your date is alright, but don't play games with your relationship.

9. Date Who You Want- Ignore Peer Pressure and Prejudices 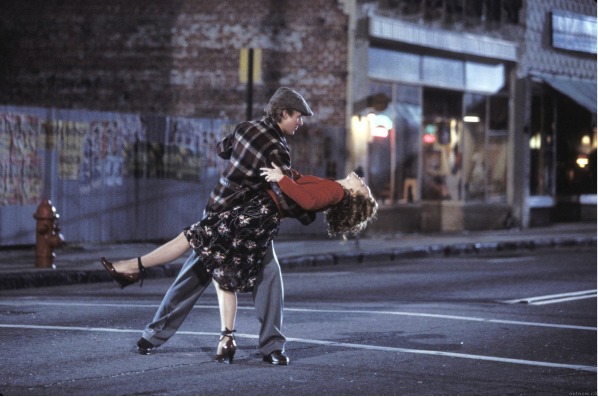 In "The Notebook", Noah and Allie begin a whirlwind summer romance that comes to a halt when Allie's rich parents dismiss Noah as a laborer. Allie refuses to succumb to pressure and continues to date the boy she deems worthy. What follows is one of the most beloved romantic films of the decade. While you should take the advice of your parents, friends, etc. to heart, recognize what is genuine helpful advice and what is opinion. Don't give in to other people's prejudice/pressure if you know that the one you're dating is genuinely a good person. So what if your date is different than you somehow? Don't stop dating someone just because of peer pressure or prejudices other people have. Make your dating decisions on your own; you could be missing out on a really great guy or girl otherwise. 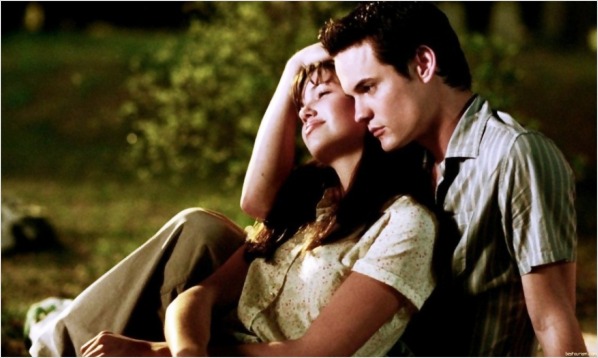 "A Walk to Remember" shows bad-boy Landon falling for well-brought up Christian girl Jamie. Though his views are different, he respects Jamie enough to ask her father's permission to court her before they begin dating. He also respects (and supports!) her personal choices regarding intimacy, her hobbies and clothing choices. Dating someone doesn't mean you have to be the same person. It means that you can each still do your own thing, but should respect each other's personal choices. The way you were raised and the situations you've faced are what make you the person you are today. Not everyone had the same past, and so different people will have different views on life and make different choices on how to live their lives. Dating someone means that you accept them for who they are, even if you don't agree. Respect your date's opinions and choices.