After Horrific Shootings, Citizens Line Up to Deliver a Powerful Message to Dallas Officers

The horrific targeting and execution of police officers in Dallas has been met wit
Via: Likes.com

1. If you missed it, tragedy struck Thursday in Dallas, TX

Five police officers were gunned down by a sniper, while seven other officers and two civilians were injured.

2. The community's response was swift and supportive of Dallas PD

A planned moment of prayer for the fallen officers and their families was planned by the Dallas PD.

3. The Turnout was Massive 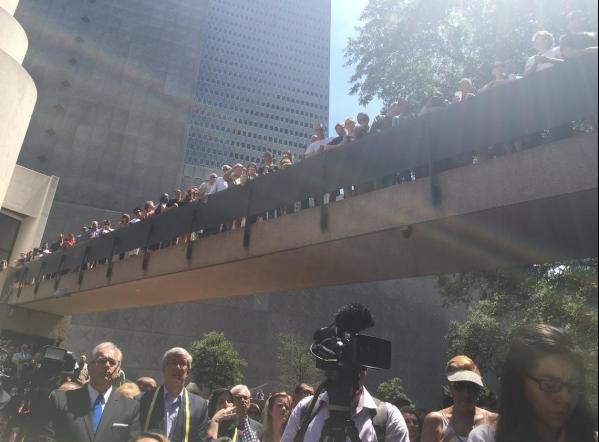 The group crowding bridges and all square feet of Dallas' Thanksgiving Park gives hope in a time of despair. 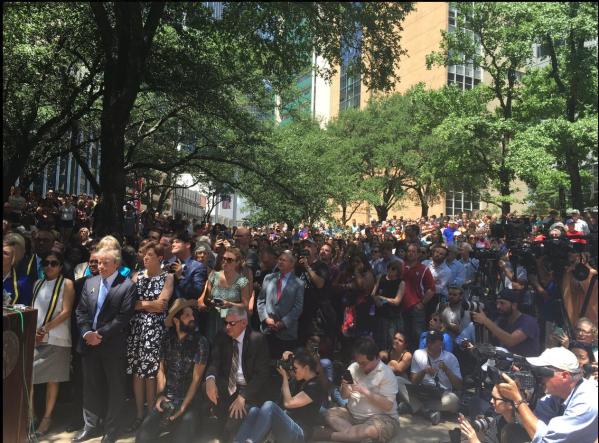 Nobody deserves to be gunned down, especially not those who take a pledge to protect and serve us regular citizens. This is so heartwarming that I am fighting back tears.

5. And, for once, there was positivity on social media

The line was long, and the hugs were sincere. Thoughts are with Dallas.