Cuba Gooding Jr has just come out with a stunning statement after learning that the guy he took a selfie wi
Via: Likes.com

1. Officer Patrick Zamarripa Was One Of The Victims 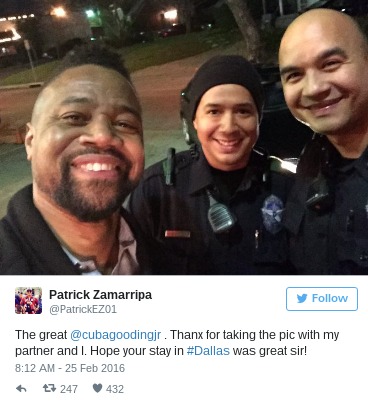 Officer Patrick Zamarripa was one of the Police Officers shot in Dallas in recent days. Not too long ago, he took this selfie with Cuba Gooding Jr.

2. Cuba Gooding J. Said This When He Found Out He Had Been Shot

3. Patrick Is Remembered By His Girlfriend And Daughter 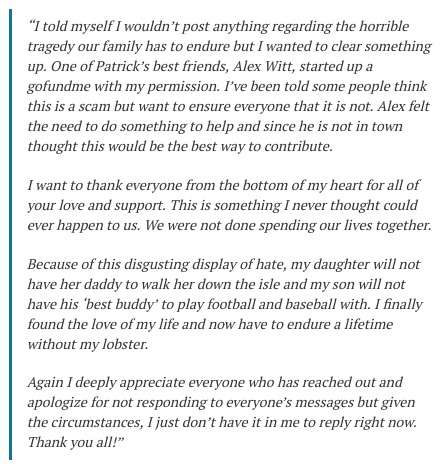 Patrick Zamarripa had served 3 tours in Iraq as a military policeman in the navy. He is remembered by his girlfriend, Kristy, who took his last name on Facebook in honor of her late boyfriend. She had this to say about the incident.

4. His Fellow Navy Veteran Said This About &quot;Zam&quot;

His fellow navy veteran Alex Witt also had word for the man he knew as "Zam." He says he's tired of this race war.